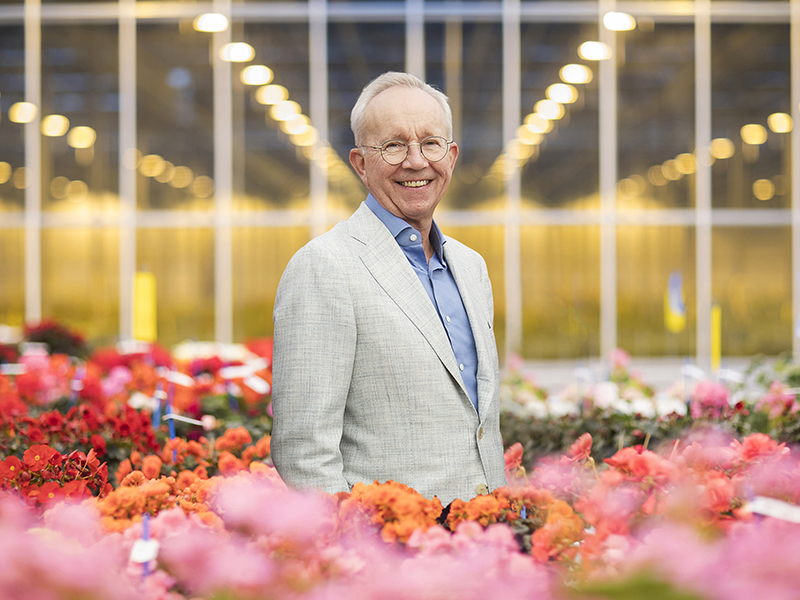 MAASDIJK, THE NETHERLANDS – Peter Persoon, board member of the Beekenkamp Group and former director of Deliflor Chrysanten, unexpectedly passed away on Friday 22nd July at the age of 64. His death was due to complications following his diagnosis with bone marrow cancer four months ago. Despite his illness, Peter remained positive and worked tirelessly for the family business until the very end. With his passing, we lose not only a warm-hearted family man, a loving husband, father, father-in-law and grandfather, but also a passionate board member of the Beekenkamp Group.

Peter joined the family company in 2000. Together with An Beekenkamp, he managed Beekenkamp Group with great passion. With his dedication and down-to-earth outlook, he enabled the company to flourish whilst always considering the best interests of his staff. He was a compassionate, sincere and approachable man.

In 2018, Peter Zaat and Marc Driessen joined the board, forming a close-knit team with Peter Persoon and An Beekenkamp. In recent years, Peter devoted himself to overarching Group tasks such as general and financial affairs, IT, geothermal heat and support for activities abroad. Peter was closely involved in the Group’s sales and production sites abroad and will be greatly missed by the staff in China, Colombia, Ethiopia, Japan, Kenya, Uganda and the USA.

The management board and staff of the Beekenkamp Group will always remember Peter fondly as a kind-hearted, genuine and devoted colleague.